The history of chalke valley watercress

Ten miles west of Salisbury, Broad Chalke is one of several villages that form the beautiful Chalke Valley.

In 1880 my Great Great Grandfather chose this site because of the fantastic spring water source that naturally rises here.

Rain falling on the hills higher up the valley filters down through the Chalke hills, picking up natural minerals on its way.

Watercress, known as the “poor man’s bread” in Victorian times, was now in reach of the larger towns, due to the extension of the railways.

Watercress was now in high demand and the market was expanding! 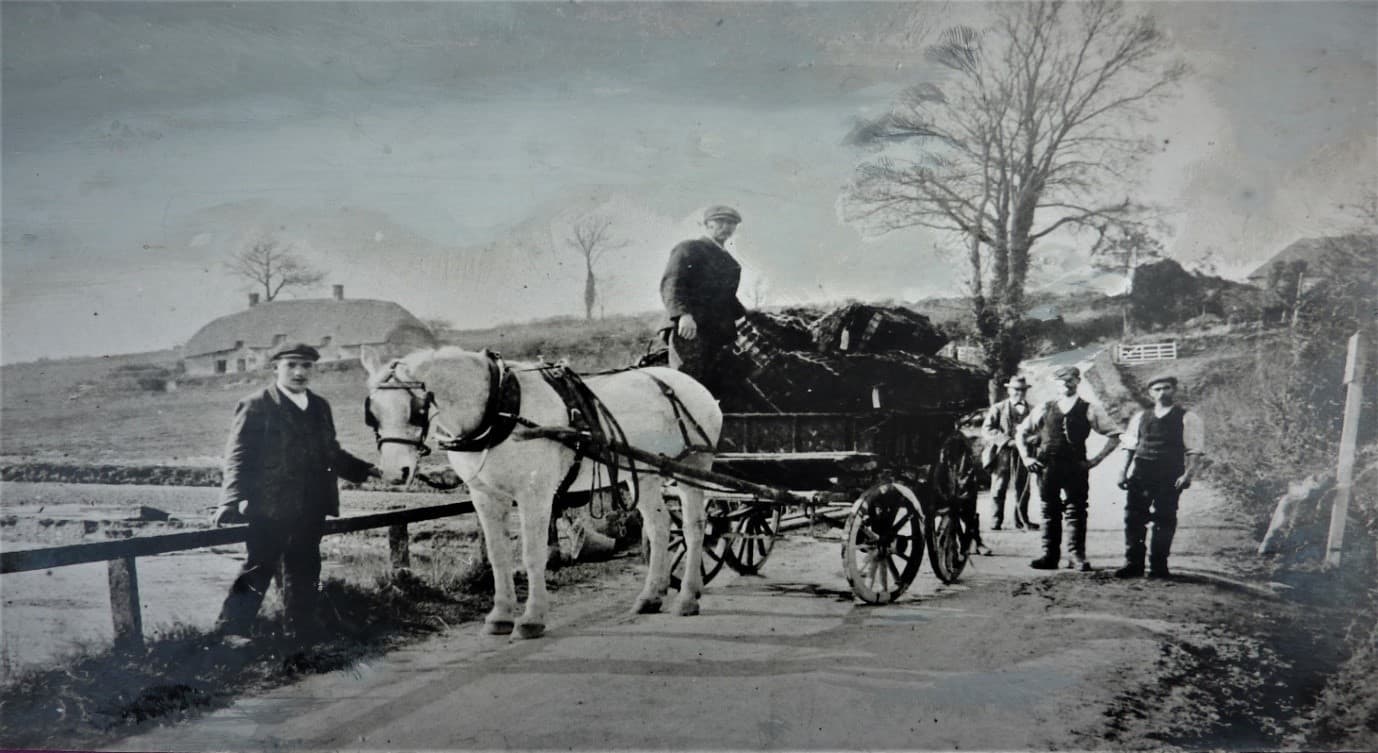 Fred Penny, Fred Moody, the leg of the man standing behind the cart belongs to Frank Jay.

Watercress production had started by 1889, development of water control and the forming of some basic soil banked beds had been made to the site. More improvements to bed construction continued through until 1979, at which point my father Geoffrey Hitchings completed his major improvement scheme, to pass the new NFU watercress code of practice. This code is still the backbone of the newly released Food standards Agency guide to hygienic watercress production,

The crops were all hand cut, back breaking work; long hours in sometimes very harsh weather conditions. The watercress was cut into hands which allowed the packaging staff to form bunches, these were packed into wicker boxes, then later into cardboard boxes, ready for the train journey to the wholesale markets, i.e. Covent Garden, Borough and Spitalfields.

My son Harry joined the business in 2013, now the sixth generation Hitchings to grow watercress in Broad Chalke. Together with a small but dedicated team,

We still grow our own dark green variety in a traditional way, the watercress is now harvested by machine daily, packaged and sent out the same day to restaurants hotels, food service and farm shops, predominantly through the wholesale markets, also by local deliveries and direct postal.

This website uses cookies to improve your experience while you navigate through the website. Out of these, the cookies that are categorized as necessary are stored on your browser as they are essential for the working of basic functionalities of the website. We also use third-party cookies that help us analyze and understand how you use this website. These cookies will be stored in your browser only with your consent. You also have the option to opt-out of these cookies. But opting out of some of these cookies may affect your browsing experience.
Necessary Always Enabled
Necessary cookies are absolutely essential for the website to function properly. This category only includes cookies that ensures basic functionalities and security features of the website. These cookies do not store any personal information.
Non-necessary
Any cookies that may not be particularly necessary for the website to function and is used specifically to collect user personal data via analytics, ads, other embedded contents are termed as non-necessary cookies. It is mandatory to procure user consent prior to running these cookies on your website.
SAVE & ACCEPT